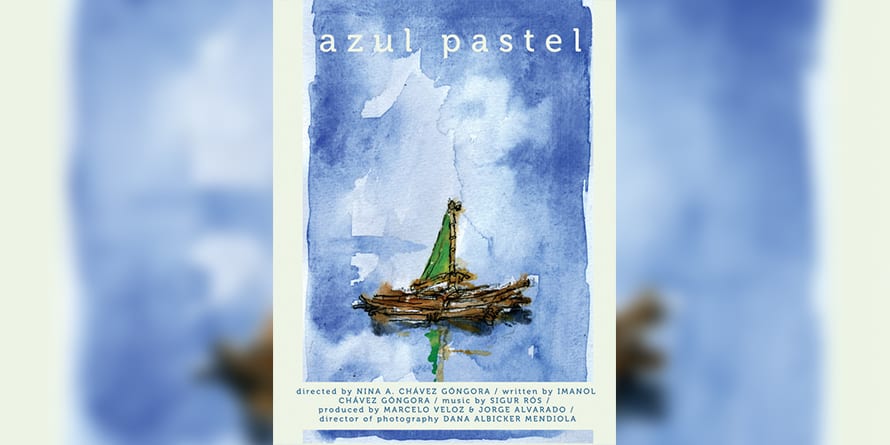 Azul Pastel is the story of a man who is trapped somewhere between heaven and earth by the memory of his most beloved ones. In a different dimension, in the real world, from time to time, two little children secretly steal food from their home.

A woman prepares beautiful appetizing cakes for a very special occasion. The woman is the mother of the little children and she recently told them that their grandfather is gone and won’t be coming back.

They ship a cake to the sea and sit on the seashore to watch the boat to float away, while both eat a cake. In the real world, the cake sinks in the sea, but the intention and memory of the cake arrives to the other dimension, where the man is trapped. The man is the little children's grandfather.

The grandchildren and all the food they’ve been sending feed the memory of their grandfather, making it for him harder to detach from that place. He knows where the food comes from, but this time it was different: It was his favorite cake and it was cooked with love in his memory.

When the grandfather receives that so awaited beautiful cake, he desperately eats it, filling himself with joy and plenitude. He thanks life, existence, and his beautiful family, and then he finally goes to bed, realizing that it is time to sleep; to sleep forever and transcend.