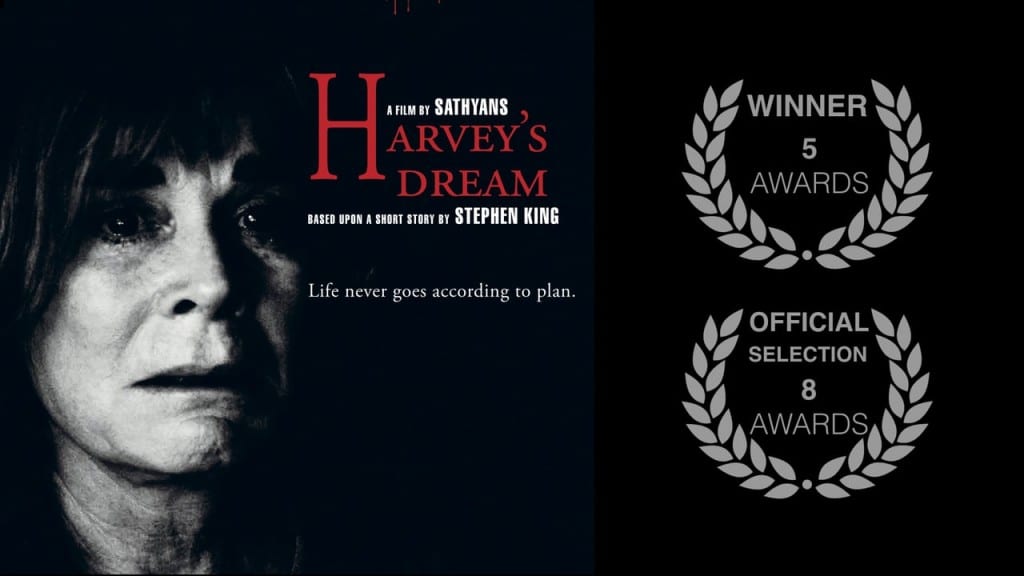 Film Not Yet Available for Public.

Harvey and Janet are decades into their marriage living in uber affluent Connecticut. Their three daughters are fully grown and have moved out of the house, with their youngest, Allie, still living just down the road. Harvey and Janet met in college, romanced, married only to live an empty life later. Harvey is a titan of the financial industry but, by Janet’s estimation, never gave her more than material wealth. A regular Saturday morning slams their lives when Harvey recounts the half-wit, early stage Alzheimer clouded memories of a terrible dream he had where their oldest daughter called in the middle of the night to say that their next door neighbour had hit and killed their youngest daughter… But was it just a dream? As Harvey continues the retelling Janet’s terrified mind races back and forth, trying to process whether it was just a dream or it really happened. Then…the phone rings.