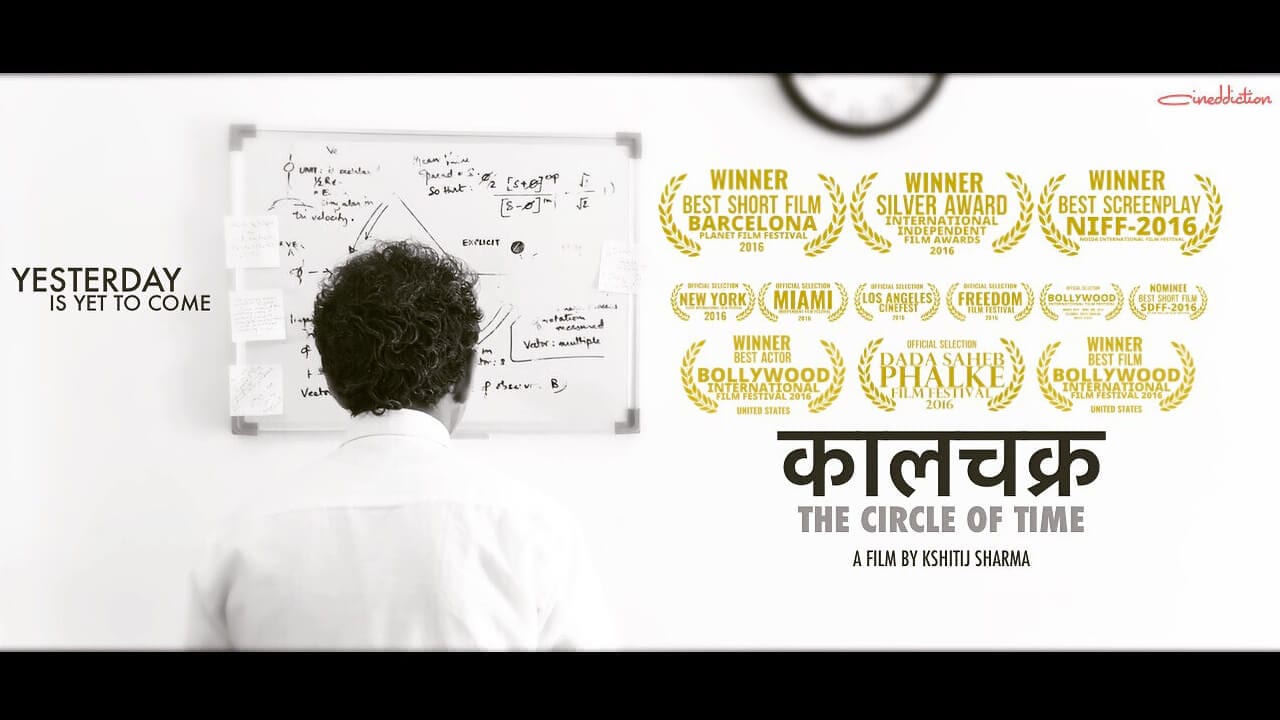 Film not yet available for the public.

Having consumed his entire adult life in trying to unravel the mysteries of time-travel, an ailing Professor Bakshi, aided by his foster daughter Veena, makes a desperate final attempt to prove his theories by organizing a party for time travellers… to be held in the past.

Kaalchakra takes it’s inspiration from a real-life experiment conducted by Professor Stephen Hawking in 2009 when he hosted a party for time-travelers.

Made on a budget of less than USD 100, Kaalchakra was shot entirely on an iPhone 6 without the use of any professional gear by a small crew of 5.

Rohit Pareek, a 24 year old actor played the role of the aged Professor Bakshi in the film. His makeup was done by his co-actor Deeya Dey who essays the character of Veena in the film.

Kshitij Sharma, who is the writer and director of the film, won The Best Actor award at The Bollywood International Film Festival for his portrayal of TA229 in the film.

The film has won 5 International Awards till date including 2 Best Film Awards and a Best Screenplay Award at various Film Festivals worldwide.