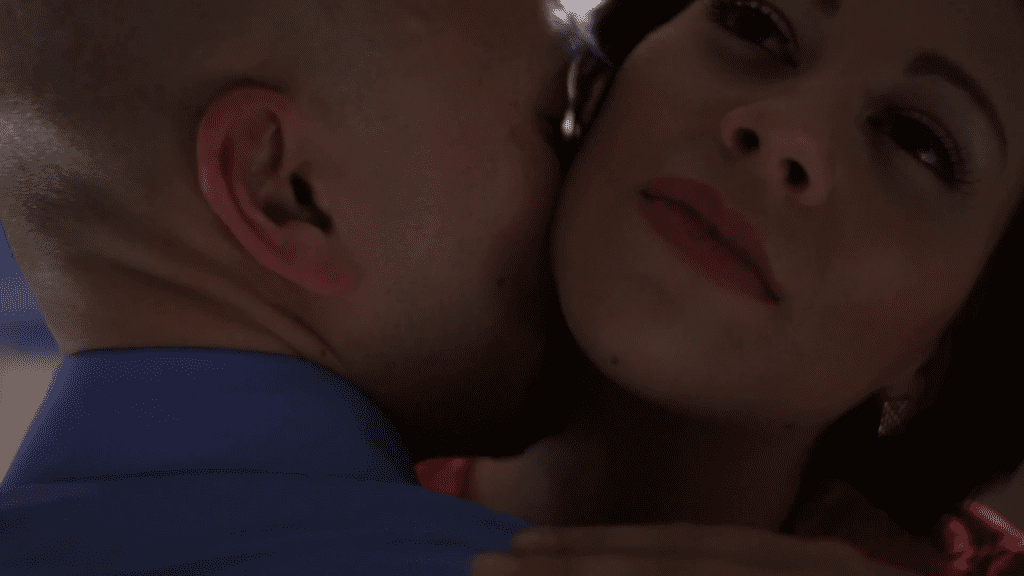 Eric and Emily love their jobs, and each other, just a little too much. They are making out silently after the office hours. They’re alone, having a good time. Until Emily makes a comment on Eric’s equipment being too small. Eric finds that offensive. Emily comes out with a solution. And so does Eric. Wait… what are you thinking of? Well… watch Office Romance, which certainly will challenge your thinking. It did the same to me. ‘Office romance’ is a comedy short film directed by Dennis Glasco.

Dennis Glasco’s direction and Jason Michael Fong’s story is extremely commendable. The twist, which I certainly don’t want to reveal, is so unexpected. That’s some genius writing by Jason! I won’t forget to mention that Jason is the one who played Eric in the film. He not only wrote a good script, but also played Eric perfectly. The moment when Emily comments on her equipment, the change in the mood and expressions of Eric is something which certainly brings a laugh on viewers face. It certainly does. We were totally into what’s gonna happen next and when the girl commented on her equipment being small, yes that did make me laugh. The situation and Eric’s reaction together had pulled off the situation hilarious.

Rae Wright, who plays Emily is again awesome in her act. She remains sweet and seductive throughout, until she reveals her dark side. All I could say is, she, together with Jason bought out some very interesting and hilarious chemistry on screen. Next, there’s Marc Gardner who plays… well, see for yourself. I just don’t wanna ruin the fun by even revealing the character he plays. But yes, he does perform his part well. I actually felt sympathetic yet amused on looking at his condition.

Nathan Reedy, also the assistant to the director did some good camera work. Dennis Glasco’s editing is intelligent and neat.

The sound design & music is all done brilliantly. On a whole, I totally recommend Office Romance. This 5 min 30 sec short film will certainly leave you with a laugh on your face.