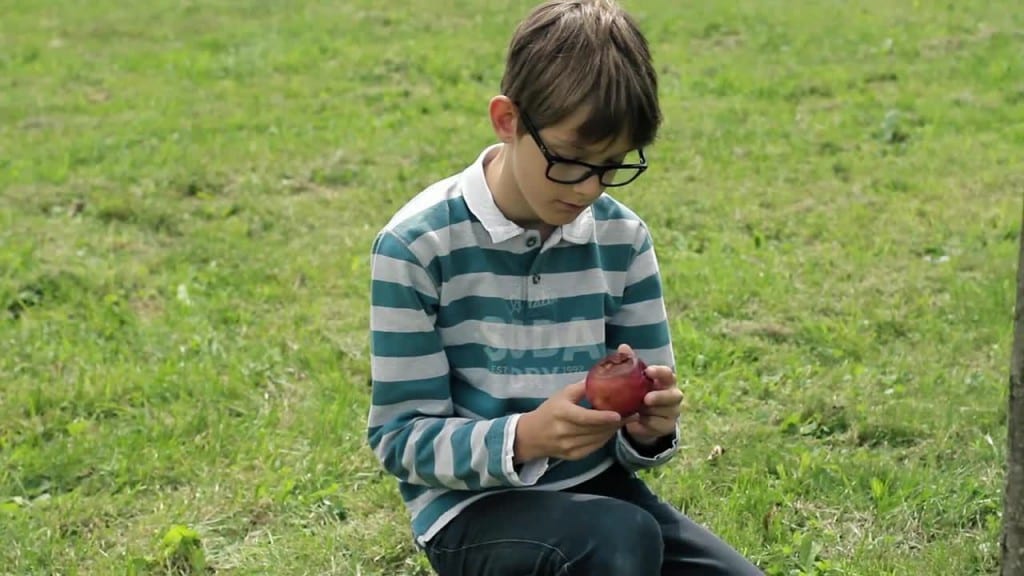 "Weight" a five minute short film that will get your mind boggled for the next half an hour. An interesting plot with deliberate meanings.

The film starts off with a young lad inspecting a disease stricken apple tree. The boy’s relation with the apple is quite offbeat! Many of the shots in-betweens makes you burst with a trillion questions, alas, many unanswered. My assumptions of the whole story goes like – the child is lonely and is waiting in vain, probably for a companion or an imaginary friend or a spirit. (I still don’t know). He might have suffered a loss, through an air crash maybe which invoked a sense of attachment to the disease stricken apple tree. It is a beautiful concept, but could have been explored more. Direction was finite, a scene of flow from a scene to another was restricted. Sound editing could have been more subtle. The sounds seemed excessively loud at odd places. Sebastian Rodin played his part beautifully. With meagre dialogues he delivered just right!

Overall a film that you’ll quite likely watch twice just to get the essence of the film right!